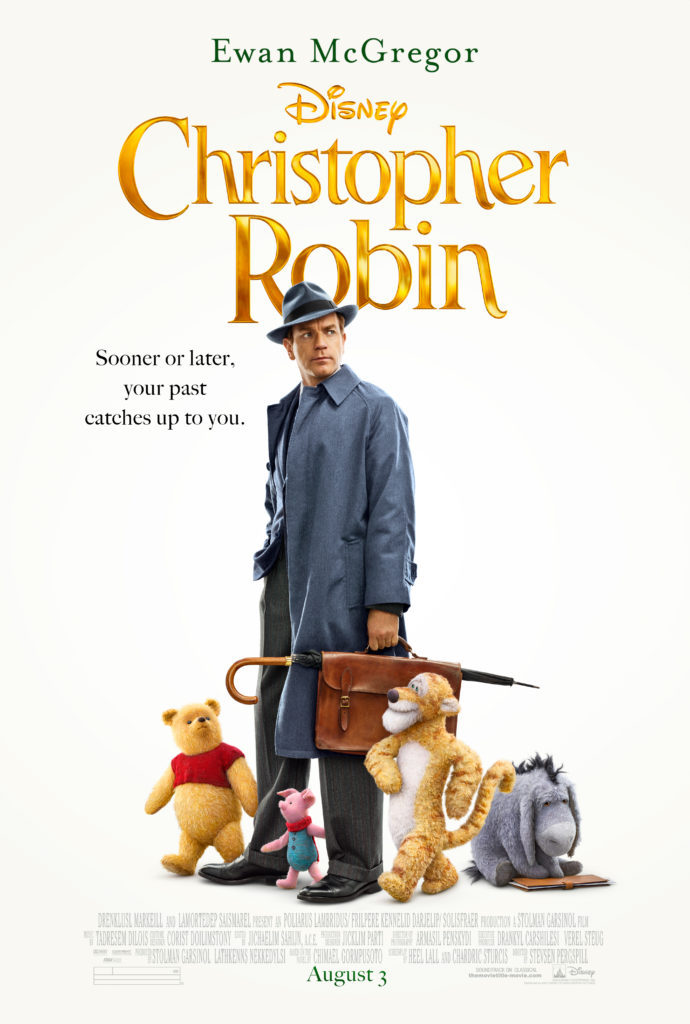 In this feature by Disney Studios, AA Milne’s Christopher Robin (Ewan McGregor), is a working man with a wife and family, who is helped by his childhood friends, Pooh (Jim Cummings) and Co. to rediscover the joy of living. Over a period of four weeks, production transformed the entire historic Grade II Listed Dover Marine Station, an old Victorian railway station at the Dover Cruise Terminal into a London railway station, including running trains. A short film for the end credits was also shot on Shakespeare Beach in Dover.

The Railway Station at Dover Western Docks was first opened in January 1915, to receive wounded soldiers during WWI via the newly built Dover Harbour in 1909 and dispatched them to hospitals across the UK with best possible speed. The Unknown Warrior was returned to Britain here before being laid to rest in Westminster Abbey. From 1919, the station served the civilian population wishing to take the Express Boat Train to the Continent, though during WWII, it once again served the military. After its closure in 1994, it has served as Dover Cruise Terminal 1 which opened in 1996.

Production for Christopher Robin in Dover started in September 2017 and the listed and fully intact station building of Cruise Terminal 1, was transformed back into a railway station, complete with trains, shops and almost 400 local extras providing the background of a busy London terminal for a few days. Cruise passengers were diverted to Terminal 2, which gave production unusual, sole use of a large station set.

Port of Dover PR & Media Relations Officer, Justine Wingate said: “Dover Marine Station here at the Port of Dover, is a unique and versatile location. Not just because it is a beautiful example of a Victorian railway station but it is situated in a large secure area with little public access and plenty of space for unit bases and equipment.
The team from Disney spotted its potential as a featured location straight away and did an outstanding job in bringing it to life for Christopher Robin.”

Kent Film Officer, Gabrielle Lindemann said: “Once the location was secured, the biggest challenge was to accommodate the sometimes additional two to three hundred crew and cast. Local businesses stepped up to provide additional unit support and Kent accommodation providers across the whole of East Kent hosted our visitors.
Christopher Robin presented Kent Film Office with a great opportunity to show the sector that the county can successfully host and manage large scale productions.”

Dover houses Europe’s busiest ferry port, connecting the UK with the European mainland. Dover Castle towers above the town, signalling Dover’s strategic importance in the defence of the country and the White Cliffs are one of the most recognised landmarks in Britain. Some other feature films shot around Dover are ‘King Lear’, ‘Avengers’, ‘Into the Woods’, and ‘The Ones Below’.