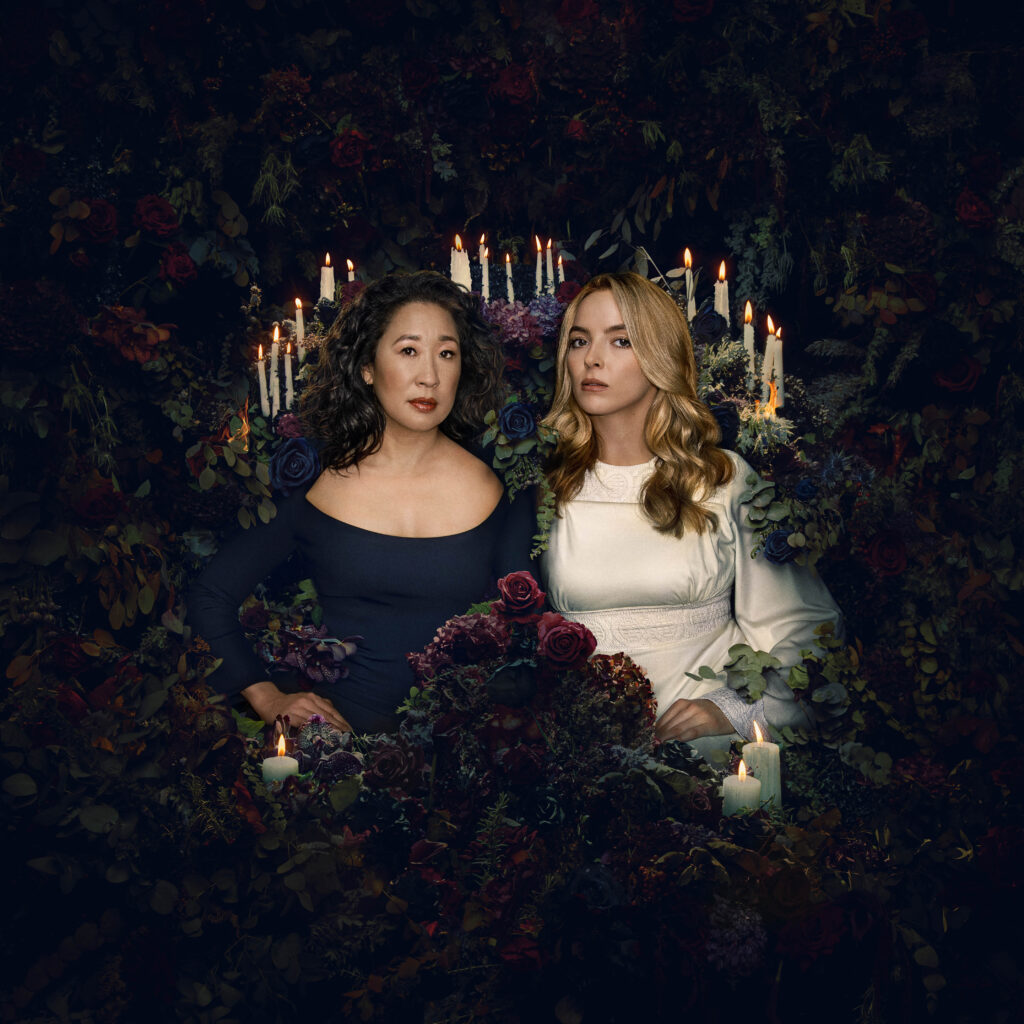 Killing Eve (2018 – 2022) is an intense spy thriller, based on the Codename Villanelle novellas by Luke Jennings, in which MI6 intelligence investigator Eve (Sandra Oh) and psychopathic assassin Villanelle (Jodie Comer) go head to head in a game of cat and mouse.

Killing Eve is back again for its fourth and final series with screenwriter Laura Neal (Sex Education (2021) joining the team. Series 4 picks up with titular character Eve Polastri on the run from shadowy crime organisation The Twelve.

For the opening scene of Series 1, Episode 5, production visited the M2 motorway in Medway and Nell’s Café, a popular roadside truck stop off the A2 near Gravesend. In the scene, Eve (Sandra Oh) and Elena (Kirby Howell-Baptiste) question Frank (Darren Boyd) about his connections to Villanelle and the criminal organisation she works for.

Gravesend is situated on the southern bank of the River Thames and boasts a cast iron pier, promenade and high street as well as international rail links at the nearby Ebbsfleet International station. The Gravesend area has previously welcomed film productions such as The Escape (2018), Bull (2021), and the popular Netflix anthology series Black Mirror (2019), which used several locations across Gravesend for the hostage sequences in Series 5, Smithereens. BBC’s crime drama The Interceptor (2015) also filmed at Nell’s Café.

Street filming featured some of the many different aspects of Margate, maximising the town’s rich architectural history from the Edwardian Nayland Rock Shelter, the Georgian Royal Crescent Promenade to the quirky, modern vibe of Market Street, Duke Street and Broad Street with their narrow streets and boutique shops. In contrast, All Saints Avenue gives a city feel, running alongside Arlington House with its brutalist architecture. Recent productions to film in Margate include Whitstable Pearl Series 1 (2021), Pandemonium (2020) and Netflix’s crime drama Top Boy (2019).

Considered to be the oldest surviving amusement park in Great Britain, Dreamland dates back to the early 1870s and was revamped in 2017. The Park has a Retro Roller Room, vintage arcades, a fully restored Grade II listed Art Deco Ballroom and beautiful rides dating from 1920 to present day. Dreamland has previously welcomed productions including Two Weeks to Live (2020), Jellyfish (2018), and the Only Fools and Horses 1989 Christmas Special The Jolly Boys’ Outing.

Built in 1885, the Nayland Rock Hotel is situated on Margate beach, with stunning panoramic views of the English Channel, and only a walking distance away from Margate’s top attractions. Joe Penhall’s King of Thieves (2018) starring Michael Cain and Michael Gambon features the Hotel in a scene where the aforementioned actors have lunch together.

Killing Eve first aired on BBC One on Saturday 15th September 2018, and Series 1-4 are available to stream on iPlayer.

Series 4 was made available on BBC iPlayer on Monday 28th February 2022.