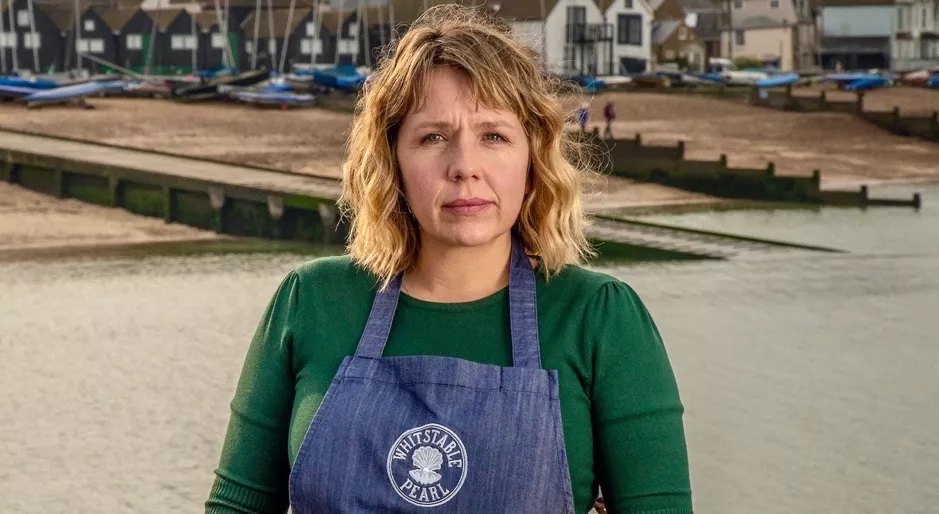 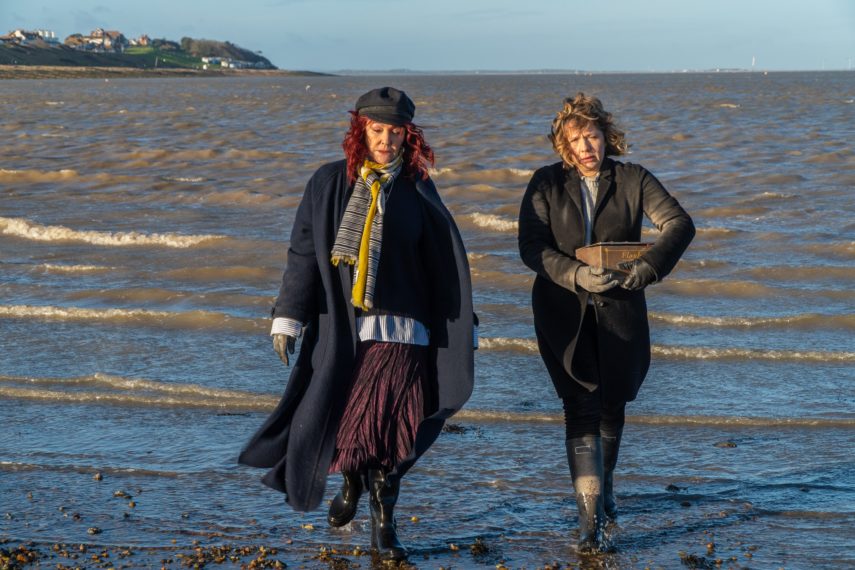 Most of the filming took place in and around Whitstable itself, including scenes filmed by the coast at Whitstable Harbour, Whitstable West Beach, Whitstable Yacht Club and Tankerton Beach. Whitstable High Street features and local shops were filmed including Iain’s Plaice (fish and chip restaurant) and art gallery Chappell Contemporary as Houlihan’s Hardware store. Other Whitstable businesses filmed include the Cemetery, Football Ground, MFA Bowl and Seaview Holiday Park, which features as the trailer park where Vinnie lives. Several private residences were used for filming including Beacon House as Pearl’s House located on Tankerton Beach.

The Kent Events Centre was used as a studio build location for interiors of Pearl’s seafood restaurant. Meanwhile, Margate in Thanet features in the series with Margate Beach and The Walpole Hotel doubling for Whitstable seaside scenes. Production also filmed at Mathers Church and Canterbury Road in Westgate-on-Sea. The Port of Ramsgate and Royal Harbour Marina double for the Port of Dover cruise terminal and Dover Marina.

Interior scenes were filmed at St Martin’s Hospital in Canterbury doubling as a police station and a hospital, while The Citadel doubles as a Police Station and a children’s home. Other filming locations include a field near Faversham at Belmont Park and private residences in Herne Bay.Whitstable is a 16th century thriving seaside resort in Kent. Known for its native oysters, Whitstable boasts a working fishing harbour, shingle beach and busy high street.

Whitstable Yacht Club. Recent productions to film in the town include The Great Pottery Throw Down – Series 3 (2020) and The Thames: Britain’s Great River With Tony Robinson (2019).

Beacon House is a colonial clapboard wooden turn of the century Beach House.  Set above beach on a private sea road, the grounds include wild woodland gardens and views out to sea and lines of beach huts. Catastrophe Series 4 (2019) filmed at this location.

The Kent Events Centre based in Detling is the largest, most flexible conference and exhibition venue in Kent, offering 7,000 sqm of indoor space available to film productions as studio space and 200 acres of outdoor space.

Margate is a traditional seaside town complete with sandy beach, harbour, amusement park, period housing and ultra modern art gallery Turner Contemporary. The Walpole Hotel was built for discerning guests in 1914 and extended in 1927.  Built over 5 floors it has 42 Bedrooms, 2 flats and a newly-added small museum space. Westgate-on-Sea is a charming Victorian town, steeped in Heritage with quaint shops and two fantastic blue flag beaches. Margate is popular as a film locations with recent productions including Two Weeks to Live (2020), Pandemonium (2020) and Top Boy – Series 3 (2019).

The Port of Ramsgate offers 32 acres of dedicated Port Land including 3 modern Ro-Ro bridges and Water and bunker facilities on all berths. It is often used as ‘stand-in’ for the Port of Dover. Royal Harbour Marina offers 700 finger moorings set in a picturesque and historic harbour setting. Crime dramas to previously film at the Port of Ramsgate include The Tunnel: Vengeance (2017) and Baptiste (2019).

The Citadel, located on Dover’s Western Heights was constructed in the late 1700’s as a port of defence during the Napoleonic war. Most recently it has been used as a borstal, prison, and immigration detention centre up until its closure in 2015. It is now becoming popular as a filming location and has welcomed several productions over the past year – soon to broadcast.